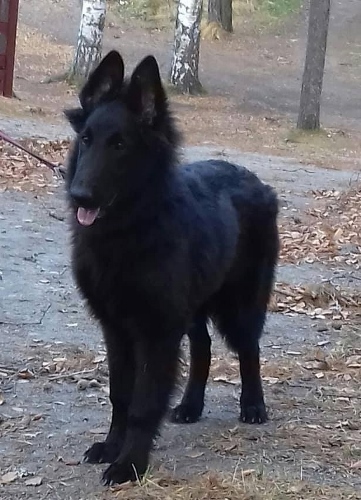 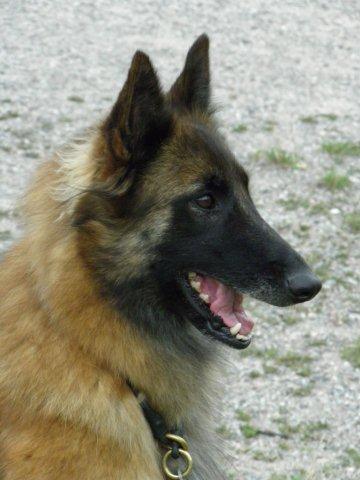 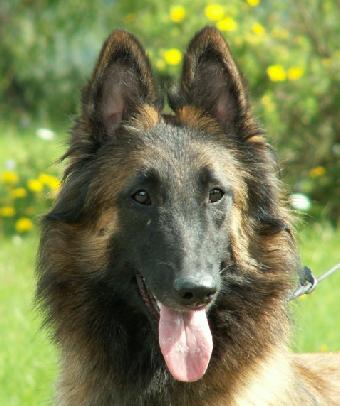 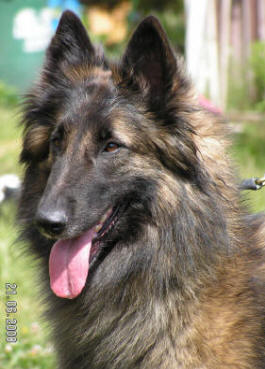 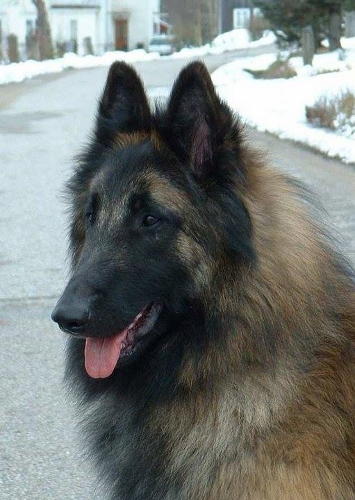 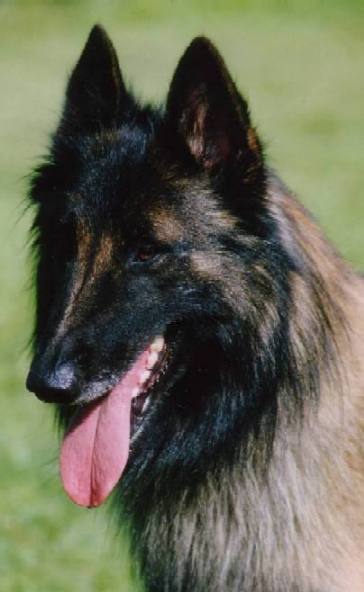 My beloved Corneja left us on friday 080201 after a short time of sickness.
She became 7 years old and she was a wonderful dog who was lovely with the children she spent
her last years with in my daughters family in Northen part of Sweden.
A very special dog has passed away...and we miss her dearly!

No How too Dangerous "Sigge"

Sigge left us when he was 12 years and 6 months. He had the most wonderful temperament and was a lovely familydog and loved by all who met him. He "stays alive" due to his children, grandchildren and greatgrandchildren which we can enjoy a little bit of "everywhere", like in Sweden, Norway, Denmark, United States and Chech Republic.

Afro was a nice and gentle mixed breed female. Her tail was always happy. She was a very good obediance dog and was winning a lot in class I and II. She was also a good tracker and was allowed to compete in class II. She also passed charactertest, and tried some agility. But most of all she was a wonderful companion!

Frippe was my first Tervueren. He had a very strong motor and workingcapacity. He was a Military Service Dog for the Swedish Airforce Defense, competed in Highest class tracking, and obediance class III. He passed the Mentaltest and the charactertest. He was also very good in searching for missing objects. He loved to work hard and thats why he had so many successes. Unfortunaly he suddenly got cancer at 8 year of age and we will always remember him as a fighter and a fun dog.

We called this raggy little creature Leia. She was a really special lady, very cosy when she felt for it, but most often she went her own ways...Unfortunaly Leia was very sharp and finally that made us take the decision that she had to sleep forever....

Chessie was a longhaired German Shepherd female with lots of motor and happy barking. She competed in obediance (with wins in class I and II) and tracking (second class). She also passed the abilitytest to become a service dog for the swedish defense and passed the charactertest. She competed in agility too, and won a lot and it was pure happiness to compete with her. She was often on entertainment events and she was always the publics favourite because she always was full of joy and energy (even when the sun was shining hot). She also loved and competed in flyball. Unfortunaly we lost this charming lady due to cancer much to early...

Ronja was a strong female who enjoyed life. She loved to walk in the wood and to swim in cold water. But most of all she loved agility. It was so fun to see her run there and she always did her best and she won a great deal. She competed in Swedish Championships for youngster, but was only placed 10 (but that was due to that her "mum" was sick by fever and couldnt run with her so quickly that she wanted). She loved to track as well and she competed in second class. She did not like obediance though and they only got a LP in class I. The last years she enjoyed walking around and we lost her in september when all the leaves  on the trees was red and yellow.